NAND flash price increase and DRAM market is warming up

According to the revenue report of NAND flash Controller IC plant Phison in August, the revenue reached to about $0.61 billion (￥4.273 billion) and break the record of the second highest revenue in a month. Phison was optimistic about the revenue of second-half year and think the demand trend will not change in the peak season because SSD and eMMC and other module product memory sold well. 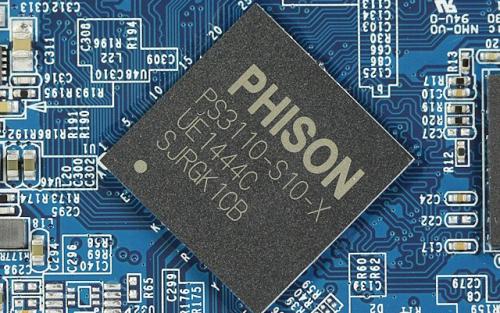 Phison expressed that NAND price dropped by more than 30 percent in the first half of 2019 while its overall revenue in the first half of 2019 was still at the same level as in the same period last year and its market share and shipments continued to expand. In addition, the third quarter NAND market price rise is taking shape. The release of new phones by major international handset manufacturers in the third quarter and the specification upgrade of high-speed transmission interface PCIe Gen4 led by AMD heat up the PC OEM and consumer self-assembled computer market, which help to stimulate NAND flash demand and price growth, so Phison remain positive about the second half of the revenue and profit.

In fact, NAND Flash contract price started to rise significantly since July, and the highest contract price in August even showed a double-digit increase, which indicates the rebound of PC market and led to the SSD capacity grew in double digits. In addition, the demand for inventory replenishment of smart phone and the effect of new phones, which all drive the NAND Flash price increasing.

Supplier point out that the price of NAND flash in third-quarter is probably higher than performance in the first half. Considering the current U.S. tariff policy toward China, there will be a comprehensive increase in tariffs in December, so stock demand will be increase early in fourth quarter, which represents that NAND Flash prices will be expected to remain strong until the end of the year.

DRAM
As for DRAM, firstly let’s know about the dynamics of Nanya Technology the DRAM manufacturer.
Nanya Technology Corporate recently increased its quarterly growth of bits sales from 14-16% to more than 25%, because DRAM supply and demand is gradually steady. Li Peiying, general manager of Nanya Technology, said that the third quarter peak season effect appeared and was slightly better than previous expectation. At present, DRAM applications such as servers, PC, consumer electronic terminal products and mobile phones are in good demand.
Wu Jiazhao, Nanya chairman, believes that DRAM market will balance the supply and demand from the second quarter of next year. DRAM is expected to be in short supply again in the second half of this year if there are not a large number of new productions in the market.
From the analysis between production and demand, DRAM will be still in short supply in the first quarter of next year. But as factories control production and prices are expected to remain stable, he predicts that supply and demand will be balanced in the second quarter. If all factories don’t greatly expand production capacity, DRAM is expected to go back the situation of short supply in the second half of next year.

NAND flash prices are predicted to rise by Phison challenging ...

NAND flash prices have fallen for one and a half years, in ...

The Price of NAND really went up! All Module Factories start to ...