As both memories and flash memories are oversupplied, prices will fall significantly in the fourth quarter.

In fact, the price of NAND flash memory has been going down this year. However, the price of DRAM memory has been rising. But the price increase of memories is about to end. After entering the fourth quarter, the price will drop, ending the super-cycle of price rises for nine consecutive quarters. Although the second half is the traditional peak season of the industry, the continued oversupply of the market will still lead to a fall in price. 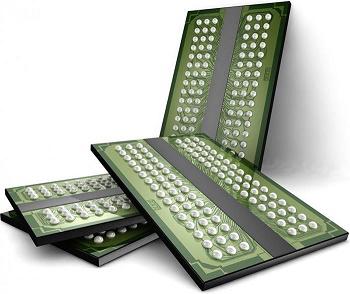 According to the survey from DRAMeXchange, the contract price increase of DRAM will be reduced to 1-2% in the third quarter of this year, and may fall by 5% in the fourth quarter. And the possibility of widening the decline is not ruled out. Due to the weak market demand for DRAM in the second half, and the new smartphone hardware specifications are difficult to attract replacement demand, the shipment is flat. While the consumer PC market will be affected by the lack of supply from Intel.

Various memory manufacturers are aware of the oversupply of DRAM memory in 2019 and attempt to control the capacity expansion. However, due to the continuous increase in the proportion of 1X/1Y process and the steady increase in yield, the output of Q3\Q4 continues to increase this year, especially 1Gb server memory particles are the most. So the price of server memory will soon go down due to the oversupply, which will eventually drive down the overall price of DRAM memory.

Although every business wants to control the production capacity next year, the amount of film is still rising gradually. Coupled with the maturity of 1X/1Y process, the overall supply is expected to increase by 22%. However, prices will still be subject to changes in demand. At present, it is estimated that the average annual price of DRAM will drop by 15% to 20% next year.

But the average price of NAND flash memory will drop by 10% in Q3 this year. By the time of Q4, due to the impact of Sino-US trade war, it is expected that the decline will be larger than Q3, with the expansion to 10% - 15%. The contract price of the mainstream 3D TLC flash memory in the channel market will fall by more than 15%. Moreover, the demand for consumer electronic products is not as expected. The demands for servers and data centers have grown steadily. However, due to higher profits, the input of each manufacturer is relatively large, resulting in the continuous decline in the price of the enterprise-level SSD.