Globalfoundries, the world's second largest wafer factory (referred to as GF), announced that it has withdrawn from R&D and investment of 7nm and below at the end of August. This is the second semiconductor company to abandon the technology below 10nm after UMC and now there are only three companies, TSMC, Samsung and Intel continued. Among them, Intel's 7nm technology has not yet come out and only to confirm that Intel will not withdraw from the competition. Although it is regrettable not to continue the technology of 7nm and below, GF is not sad. At the GTC conference held by the company, GF emphasizes that the advanced technology is not the only way and the 22nm FD-SOI technology and 14/12nm FinFET are still have a large market. 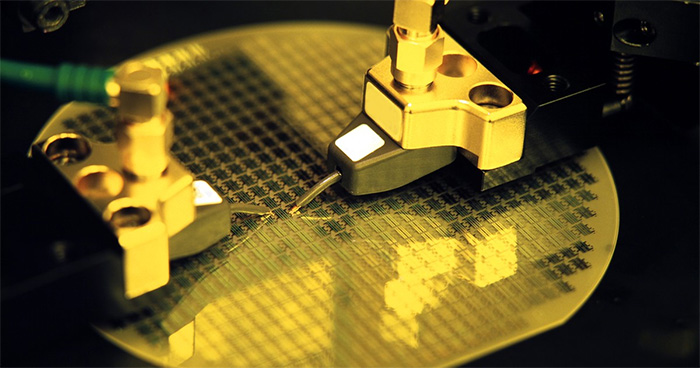 GF withdraw from the 7nm R&D, which mainly affected AMD and IBM. AMD then announced that they would hand over 7nm Zen2 CPU and 7nm Vega/Navi GPU chips to TSMC. IBM has not announced the trend, but they still have time to choose a new foundry before the next generation of Power 10 processors coming out. For GF itself, it is also a good choice to abandon the 7nm and beyond 5nm, 3nm and other endless cost technology to turn to a more profitable market.

GF held the GTC (Global Technology Conference) 2018 conference in Santa Clara, USA today to announce the company's roadmap and plans for their process technology. Briefly, although the relationship with consumer processors and graphics cards is getting smaller and smaller, there are still many possibilities in the RF, automotive electronics and other industries.

GF's achievements in the past nine years： the production capacity is more than 8 times before and the revenue is six times before.

Since withdrawing from the 7nm and below process competitions, GF pointed out that the cost of chips is getting higher and higher and the increase in transistor density is getting smaller and smaller to blame the Moore's Law by the way. For example, the annual increase rate from 2011 to 2015 is 12% and the increase rate from 2015 to 2018 is only 3%. On this issue, GF is nothing wrong because Moore's Law slowed down after the 28nm node and there are also many people who believe that Moore's Law is already dead. Intel was originally the strongest defender of Moore's Law, but their process also upgraded slower after the 14nm node.

The more advanced the semiconductor process, the better, but it is not died for the not advanced technology. Ordinary people usually only pay attention to advanced technology, but GF does not invest in 7nm and below, nor does it mean their market prospects are dim. In fact, the technology below 12nm does not occupy the majority in the entire foundry market. On the contrary, the market above 12nm still has $56 billion in space this year and will grow to $65 billion in 2020.

Advantages of the 22nm FDX technology

GF's 22FDX technology has been recognized by customers. They have previously announced that they have received more than $2 billion in orders, covering IoT, industrial, automotive electronics, networking, cryptocurrency, mobile, digital and many other markets.

GF acquired a lot of patents and technologies after acquiring IBM's wafer business, especially in RF, so RF chips have become an emphasis of them. Their slogan is “Thingk RF? Think GF First”, which let everyone directly link RF to GF.