How to buy best SSD for laptop?(1)

Nowadays, solid state drives (SSD) have already replaced mechanical drives becoming the mainstream configuration. Speed is a major advantage of solid state drives compared with traditional HDD. If you are looking for a method to accelerate your laptop operation, SSD is your best choose. Solid-state drives are 3 times faster to boot and 10 times faster to read and write than HDD. Solid-state drives have few shortcomings. Different from HDD reading and writing data by magnetic read, SSD are made from an array of electronic memory chips that store trillions of data. The high-purity silicon wafers used to make flash memory chips enable SSD to possess the advantage of lightweight and efficient. In addition, the more high-tech the hard drive is and the more complex the manufacturing process is. Laptop with SSD is much smoother than that with mechanical drives.

SSDs can make your laptop run faster in various ways
Firstly, start time will greatly reduce and the application is launched almost instantaneously. Secondly, there is no lag in saving and opening documents. Besides, file replication and replication speed will increase. Overall, your laptop with SSD will get faster.

Above all, we need to understand the structure of SSD

Then, let us elaborate how to select SSD in combination with the SSD architecture.

SATA now basically refers to the SATA3.0 interface and the maximum transmission bandwidth of it is 6Gbps theoretically. Most traditional mechanical hard disks also use this interface. General motherboard will support SATA interface. SATA interface is widely used interface of hard drives. Whether in a desktop or laptop, the 2.5-inch SATA interface SSD is well suited to its need.

mSATA interface is a mini SATA generally used for some low power consumption of small mainframe and laptop motherboard.

As a new-generation interface, the M.2 interface is tailored for ultrabooks to replace the original mSATA interface. M.2 is far superior to mSATA in its smaller size and higher transmission performance, and the M.2 interface supports both the SATA channel and the PCI-E channel.

U.2 interface is still in the early stage. The host motherboard it supporting is few. SSD with it are even fewer and U.2 SSD products are rarely seen in the market at present.

What’s more, transport protocols interface running by are matter when compare performance of SSD. There are two kinds of protocols, AHCI and NVMe. NVMe SSDs have higher read-write speed than AHCI SSD. SATA interface SSD must be use AHCI protocol while the M.2 interfaces use both. If using NVMe protocol, M.2 supports the PCIe channel, which is usually indicated since it is a big selling point. However, what is not marked is all AHCI protocol and SATA channel. So we should notice that when choose M.2 SSD. The different between SATA SSDs and PCIe SSDs is great in performance. The speed of SATA SSDs is about 500MB/s and no more than 600MB/s, while PCIe SSD speed is at the level of GB/s and the fastest consumer-grade PCIe SSD even reach at 3GB/s at present.

The M.2 interface SSD, which runs on the PCI-E channel, is faster than SATA SSD so it is also much more expensive. Therefore, it is economical to select SATA SSD if your laptop is not very old.

The key to buy best SSD drives for laptops is to see whether interface match laptop with SSD.
Firstly, it is required to determine whether the laptop can support the interface. The current laptop support three interfaces of SSD, SATA、MSATA、M.2. In terms of performance, there are no obvious difference between SATA and mSATA. However, they have different volume. SATA SSD is a 2.5-inch, while the MSATA is 50mm×30.8mm×3.8mm.

HDD reads data by magnetic head inducting information on rotating disk, while SSD use electricity to record and read data. So data reading is so direct, which entails SSD have faster speed than HDD. Solid-state drives (SSDS) have become the mainstream drive, so how do you choose the most important parameters for SSDS? That is flash memory, solid state disk particles SLC, MLC, TLC.
SLC (single-level Cell): each cell of SLC only stores 1bit of data. This storage mode is stable, fast to read and write data and has a long lifetime. However, it is the most expensive, which is mostly used for enterprise high-end products.
MLC (multi-level Cell): each cell of MLC stores 2 bits of data, with common speed and life. The price is in the middle. It mainly uses in high-end civil products and the reading and writing times are around 5000.
TLC (Trinary-Level Cell): as an extension of MLC flash memory, TLC holds 3 bits of data per storage cell with the highest storage density and 1.5 times the capacity than MLC. TCL has the lowest cost, low speed and short service life. The number of reading and writing is about 1000~2000, which is the first choice of the mainstream manufacturers.
Generally speaking, MLC particle SSD can meet most needs of users. It is not a big problem for entry level TLC SSD to correctly use for about 5 years.
SLC solid state drives (SSDS) can read and write data very fast, but they store the least amount of data. Because flash memory chips are expensive, most manufacturers use TLC solutions to store more data. Therefore, TLC is the most available solid-state drives.

3D NAND is an emerging NAND flash, which stack NAND particle to release the limit of 2D NAND flash. Nowadays, 64-layer 3D NAND has been issued, such as Toshiba TR200 and samsung 860PRO (V-NAND).

Original factory SSD is important
Although the technical threshold of SSD is very high, its structure is very simple mainly composed of the controller, PCB and flash particles. Owing to high cost of NAND flash, many small manufactories tend to choose cheap white wafer or black wafer to reduce cost. This kind of NAND can be used normally while it may lost data if used for long time. So it is not a wise decision to store important data in this NAND for saving money. It is recommended that buy SSD produced by manufacturer with independent production capacity when you choose SSD for laptop. 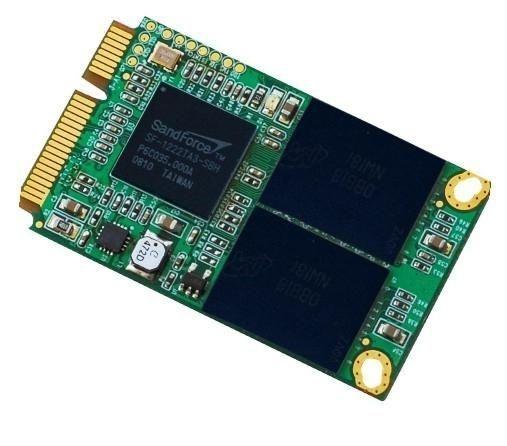 What is special about enterprise-class SSD storage? Not only focus on ...

Why do many SSDs equipped with M.2 interfaces have quite different ...