Is 1tb SSD enough for gaming? how to choose capacity of SSD?

A few years ago, when first developed, SSD were so expensive that manufactories could only provide about 60GB to 128GB SSD to control costs. With the development of the SSD market, the capacity of SSD is no longer a cost bottleneck. Gradually, SSD have larger capacity such as 1TB SSD and became a universal storage standard configuration. So, do you know how much the capacity of SSD you need?
After all, SSD prices rise accompanied by the increasement of capacity. According to your own needs and budget, buying the suitable capacity is the right idea. We have discussed how to chosse SSD considering coprehensive factor.How to find the best capacity of SSD for your computer? Just do a simple assessment.

1. Design and game need to be equipped with large capacity SSD
Many friends engage in graphic design work or video editing work will have the experience of C disk being stuffed. Mainly owing to professional software occupying a large number of system resources, a single C disk may need capacity of more than 100G. So, they are frequent customers of 1TB SSD and above capacity.

If you're a gamer and want to install some games on SSDs to faster read times, you may need SSD with a capacity of at least 500GB. Take the world-famous Grand Theft Auto V as an example, a full installation requires about 75GB of capacity. If 256GB capacity is distributed to system and other 256GB capacity is allocated to game use, 512GB SSD can also install about 3 equivalent capacity of the game, which is enough to meet the daily gaming needs.

It is believed that many players want to put the whole game on the SSD disk to have smooth game experience, which makes people feel a lot more comfortable. If the budget is adequate, large-capacity solid-state such as 1TB SSD is a good choice.

2. What is your current total storage capacity for HDD or SSD?
First check that there is enough space to use in the hard drive. If your old hard disk is SSD, the capacity of new SSD need to at least have the same or more capacity to copy old files. As for HDD, if there are many backup files in considering the size of the occupied, the mobile hard disk is a better choice. After all, the price of large-capacity SSD is enough to buy a 128G SSD and mobile hard disk.
Choosing SSD with smaller capacity is not very positive. Take 128GB SSD for example, unit price per GB is actually a lot more expensive than larger SSD.
If you would like to purchase SSDs, it is recommended to choose at least 250GB SSD. Small capacity SSDs are not only less cost-effective, but also are a bit stretched even if they are only used as a system disk. Take 128GB SSDs for example, although installing the latest Windows 10 system only needs about 20GB, then the capacity of the system partition will soon be filled after installing such as Office, Photoshop and other software and start using the system coupled with various updates from the system. It is also need to note that once the SSD used capacity is more than 75%, the read and write performance of SSD will be somewhat weaker.

3. Percentage of hard drive capacity
Most people feel that there is enough space to transfer all the data to their new hard drive without having to worry about deleting the data. They tend to limit capacity less than about 60%, so they usually need more than 240G to meet.

4. Is the computer working load very high?
Many ladies or office workers use computer to watch the web page and video. The price and capacity of 120/128G SSD are very suitable. After all, in the same experience, larger capacity is also prone to waste.

6. Redundancy needs attention
it is no problem that choosing SSD with larger capacity among several choice. But the redundancy is required to notice among SDDs with same capacity.
Because flash memory has a read and write lifespan, data can go wrong after SSDs are used for a long time. In order to ensure data security, many manufacturers leave a certain amount of white space redundancy in SSDs so that data can be read and write normally in the case of local SSD errors. These redundant spaces, which are not normally available, can save data at critical times. Therefore, redundancy is considered when the capacity is the same. The greater the redundancy is, the stronger the fault tolerance of SSD will be and the higher the data security will be. 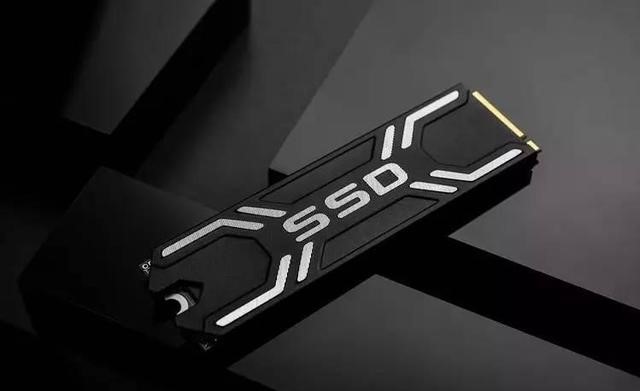 Summarize
How to choose the right SSD, I believe that most people the first consideration is cost-effective, after all, excess under-utilized space is a waste and small SSD let the future upgrade become very troublesome. Therefore, capacity choice is determined by your demand.
If the SSD is used as a system disk, it is recommended that you choose at least 256GB of capacity to ensure that the system has sufficient space to store the data operation required.
If you have a need to play game with SSDs, you might as well add some budget to purchase 1TB SSD.
If SSDs are the only data storage device on your computer, choose capacity based on your budget. There is not upper limit and choose as large capacity SSD as possible.

How to choose the Best Flash Array: a Guide to SSD hard disk ...